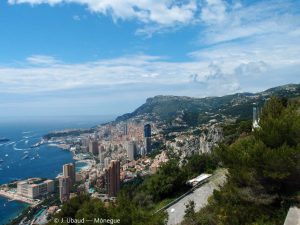 Occitan is a Neolatin language of Southwestern Europe.

It can be called in several ways: Occitan is the most usual and clear term, Lenga d’Òc is also a possible name. The name Provençal sometimes refers to all of Occitan or, more often, one of the Occitan dialects.

The great dialects of Occitan are close to each other and equal in value: they are Gascon, Lemosin, Auvernhat, Vivaroalpenc, Provençal, Niçard (often classified in Provençal but culturally autonomous) and Lengadocian.

Occitan has a prestigious history. It has been used from the Middle Ages until today in a large number of popular, scientific, technical, administrative, literary and musical fields.

Occitan literature has been in continuous use for more than a thousand years. It is known thanks to the troubadours (12th and 13th centuries), Frederic Mistral (Nobel Prize 1904) and great contemporary writers. Occitan music flourishes in all styles.

Occitania is the country of the Occitan language. It depends politically on four states: France, Italy, Mónegue (Monaco) and Spain. Occitania has the shape of a large isthmus that extends from the Atlantic Ocean to the Mediterranean Sea and rests on the mountains of the Alps, the Massís Central (Massif Central) and the Pyrenees. 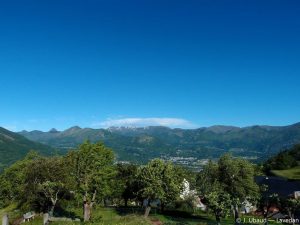 The Occitan Language Council (Conselh de la Lenga Occitana, CLO) is today the most traditional body for the codification of Occitan. It was founded in 1996 and its statutes were registered in 1997.

The norm is to clearly stabilize written forms (spelling) and oral forms.

The norm applies to Standard Occitan and local Occitan, which are not brought into opposition. 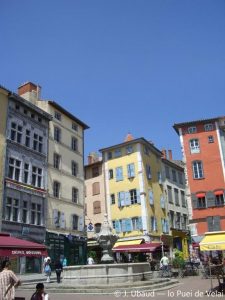 The Occitan Language Council (Conselh de la Lenga Occitana, CLO) is the traditional codification body for Occitan. It was founded in 1996-1997, it worked regularly from 1997 to 2007 and left clear solutions for users to practice Occitan.

Unfortunately, the CLO faced attacks and suffered a long, forced paralysis from 2007 to 2021. But today, this paralysis is over: the CLO has regained its freedom of action since January 2021 and has resumed its normal activities. Its members have decided to take initiatives in favour of the language.

From now on, the CLO is committed to finding constructive solutions:

We insist on a fundamental reality: it is not the new action of the CLO that is likely to cause confusion. The CLO is not responsible for the recent difficulties that have accumulated in recent years. The CLO is only noting the situation. The CLO is not “one more academy”, quite the contrary. It existed before the other academies.

From now on, in 2021, the CLO will act by taking simple and constructive initiatives.

1) The CLO will publicize the state of the classical norm of Occitan, as it has stabilized until 2007, in the continuity of the works of Loís Alibèrt, Robèrt Lafont and Pèire Bèc (this will not prevent certain inconsistencies from being resolved, if necessary).

2) The CLO supports a stable norm. The CLO will refrain in the near future from enacting new rules for the already well-established lexicon. In this way, the CLO will demonstrate very clearly that it is working towards order and stability.

3) The CLO will propose specific solutions to restore the unity of the norm. It will seek to restore links between specialists by creating an expanded space for discussion. It will also propose to maintain constructive relations with the new bodies that have emerged after 2007.

4) The CLO is committed to a decent, scientific standard to carry out its work. It follows the international methods of linguistics, which is the appropriate science to work on language.

5) Linguists govern the CLO, define its objectives and verify the consistency of its publications.

6) The CLO welcomes linguists and cultural actors who adhere to the methods of linguistics.

7) The CLO does not bring Standard Occitan and local Occitan into opposition. Standard Occitan is intended to include standardized and convergent dialects (pluricentric language) in accordance with the visions of Loís Alibèrt, Robèrt Lafont and Pèire Bèc.

9) The CLO operates democratically and transparently. Its meetings were and will be the subject of systematic reports.

10) The CLO works to connect the different generations of occitanism: it ensures the continuity of institutions and the transmission of scientific knowledge. The installation of a stable linguistic norm, from generation to generation, goes in this direction.

This website uses cookies to improve your experience while you navigate through the website. Out of these, the cookies that are categorized as necessary are stored on your browser as they are essential for the working of basic functionalities of the website. We also use third-party cookies that help us analyze and understand how you use this website. These cookies will be stored in your browser only with your consent. You also have the option to opt-out of these cookies. But opting out of some of these cookies may affect your browsing experience.
Necessary Always Enabled
Necessary cookies are absolutely essential for the website to function properly. These cookies ensure basic functionalities and security features of the website, anonymously.
Functional
Functional cookies help to perform certain functionalities like sharing the content of the website on social media platforms, collect feedbacks, and other third-party features.
Performance
Performance cookies are used to understand and analyze the key performance indexes of the website which helps in delivering a better user experience for the visitors.
Analytics
Analytical cookies are used to understand how visitors interact with the website. These cookies help provide information on metrics the number of visitors, bounce rate, traffic source, etc.
Advertisement
Advertisement cookies are used to provide visitors with relevant ads and marketing campaigns. These cookies track visitors across websites and collect information to provide customized ads.
Others
Other uncategorized cookies are those that are being analyzed and have not been classified into a category as yet.
SAVE & ACCEPT